Timber finished his championship yesterday (May 24th) at the Kalamazoo show handled by Emily Banaszak under Judge Sheila Polk. Needless to say I’m thrilled!! Timber came to us from Yolanda in December, and his first show was in January in St. Paul where he placed first in his sweeps class at the herding specialty, and picked up his first point. From there it was a quick journey! Timber was WD or RWD every day he was entered with the exception of two ways. He won a five point major in DeWitt IA, and then his second major in Jefferson Wisconsin turning 2 points into a major when he went BOS over a special.

Thank you so much to Yolanda Loveland for allowing Timber to come to Chicago! I have been so pleased with him, and he’s such a fun boy. He is incredibly sweet and silly.  Also a big thank you to Emily Banaszak who handled Timber more than I did. This definitely would not have happened this quick without Emily, so THANK YOU SO MUCH!!!! 🙂

In other Timber related news, he is expecting his first litter with Dory (GCH Raglans Just Keep Swimming CGC). X-rays have determined that there are 9 puppies in there! I think Dory is probably more than ready to have them at this point. Getting up those few deck stairs is not going so well for her! She is due on May 29th, so all our supplies are in order and Dr. Margaret knows she may get a few freak out phone calls from me this week. 😉 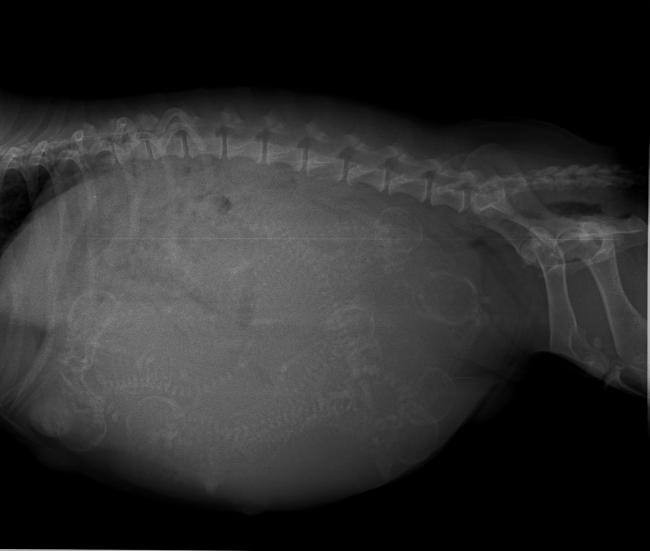 Meanwhile, Ula has the couch to herself..

About Nurse for Wear

<3
View all posts by Nurse for Wear →
This entry was posted in Uncategorized and tagged Conformation, Dory, Puppies, Timber. Bookmark the permalink.